The Animals in Science Policy Institute (AiSPI) was officially registered as a non-profit society in July 2015 to address the need for more critical and constructive dialogue about the use of animals in research, teaching, and testing in Canada. There is growing literature on the merits of non-animal alternatives for various different applications; however, there is disconnect between alternatives development and implementation. As a result, there are still millions of animals used for scientific purposes in Canada each year. AiSPI aims to promote meaningful, evidence-based discussion about the need to use animals in science, to highlight where non-animal alternatives can be better implemented, and to encourage deeper ethical reflection about animal use in the scientific community.

The Canadian Centre for Alternatives to Animal Methods (CCAAM) and the Canadian Centre for the Validation of Alternative Methods (CaCVAM) aim to develop, validate, and promote non-animal, human biology-based platforms in biomedical research, education, and chemical safety testing. Experimental animals continue to serve as the gold standard in biomedical research today, but many breakthroughs in research labs do not make it into our clinics—95% of drugs tested to be safe and effective in animals fail in human clinical trials. Similarly, for evaluating the safety of chemicals, the legacy animal-based methods are not sufficiently reliable to accurately predict adverse outcomes on human health and the environment.

From the Americas to the Far East, countries across the globe have already established national centres dedicated to non-animal alternatives and approved legislation to shift away from animal testing, but Canada has lagged behind, until now—our Centre is the first-of-its-kind in Canada. We promote a paradigm shift in which human biology serves as the gold standard.

The CASJ is dedicated to research, education and policy engagement that establish animals’ rightful status as recipients of social justice. Enshrining animal protection as a fundamental social value entails recognizing that the protection of animals is not something that can simply be left to the whims of private individuals, societal custom or market forces. If the protection of animals is to be in any way robust, it is absolutely crucial that the state takes an active role. Just as we should not leave child protection or the fight against discrimination to the goodwill of individuals and business, so must animal protection be promoted and enforced by good government legislation.

CEEEC is dedicated to fostering cross-disciplinary collaborations in the pursuit of socially responsible and biological sustainable biodiversity conservation. CEEEC’s twin goals are to (a) promote cross-disciplinary cooperation on conservation and environmental issues and (b) integrate evolutionary perspectives in the conservation of biodiversity. CEEEC is anchored by two Canada Research Chairs – one in Applied Evolutionary Ecology and the other in Environment, Culture and Values. Members of CEEEC and APPLE are currently participating in the Chimpopolis Project (see below).

Principal investigator Letitia Meynell (Dalhousie), with co-investigators Andrew Fenton (Dalhousie) and Gillian Crozier (Laurentian), is leading a SSHRC-funded project on “Chimpopolis”. The animal sciences increasingly support the view that humans are not the only species with rich mental, social, and emotional lives. These discoveries are having an impact on social norms, including science policies governing animal experimentation on nonhuman animals. Too often, however, policy changes and welfare guidelines reflect views of other animals as objects, property, resources, or tools. In Zoopolis: A Political Theory of Animal Rights, Sue Donaldson and Will Kymlicka offer a political framework for understanding the ethical dimensions of human-nonhuman interactions such that our ethical responsibilities to other animals arise from how we co-exist in our respective communities. At the heart of the ‘Zoopolian’ approach is the recognition that many nonhuman animals are particular others and that we ought to interact with them in ways responsive to both their species-typical characteristics and their individual personalities (including their competencies for living independently and their preferences of treatment). Our project will develop the implications of this theory for science policy, scientific practice, and knowledge production in science.

We bring two commitments together: (a) using the best available science when discussing the capacities and attendant vulnerabilities of other animals of moral concern, and (b) re-envisioning our moral relationships with other animals free of anthropocentric bias. Chimpanzees are ideal candidates to narrow our focus as their expressed preferences of treatment, social competences, and sense of communal cohesion and identity permit a particular application of Donaldson and Kymlicka’s framework that crosses contexts as diverse as laboratories, sanctuaries, zoos, and free-living populations. APPLE members Sue Donaldson and Will Kymlicka are collaborators in this project.

The GRÉEA is an interuniversity and interdisciplinary research group in environmental and animal ethics, created in 2015, and associated with the Centre de recherche en éthique de Montréal (CRÉ). The GRÉEA aims at promoting exchange and collaborative work between researchers (professors/teachers in university/CEGEP, post-doc students, etc.) and graduate students (master or PhD level) working in environmental and/or animal ethics or on related issues. Regular members of the group are thus meeting every month to discuss about their on-going research, meeting occasionally for reading groups as well. Furthermore, the GRÉEA aims at making more visible and accessible to the academic as well as the non-academic public, French and English language research in environmental and animal ethics through public events, such as public workshop or conference. In addition, latest news about environmental and animal ethics events happening in Montreal, Quebec, or North-America, along with GRÉEA members’ new publications, are regularly published on the GRÉEA website.

The Human Animal Research Network (HARN) at the University of Sydney was formed in 2011. It is a cross-faculty research group comprising members from the Faculty of Arts and Social Sciences, Faculty of Science, Faculty of Veterinary Science, Sydney School of Public Health, and Sydney Law School. HARN is an important contributor to the emergent field of Animal Studies, both in Australia and internationally. This field of study serves as a bridge between the social sciences and sciences, and the structure of our group reflects this. Species extinctions, environmental sustainability and climate change, animal welfare and rights in the context of large scale agriculture and fishing, companion animal ethics, as well as recent controversies surrounding live animal exports, horse racing and mosquitoes, highlight the fact that significant problems emerge when public understandings, scientific innovation and legal frameworks are out of step with each other. The disciplines of human-animal studies, law, veterinary science, cultural studies and public health meet at this point ­– each concerned with questions such as:

By bringing together researchers who are experts in both social and scientific problem solving, HARN is uniquely placed to respond to these questions. APPLE members recently participated in a HARN-sponsored research project called “A Sustainable Campus: The Sydney Declaration on Interspecies Sustainability”. 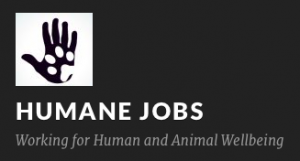 Dr. Kendra Coulter is leading a project to conceptualize and promote the concept of humane jobs, in an innovative multi-year study funded by SSHRC. Students who would like to study animals, work, and humane jobs at the undergraduate or graduate level are encouraged to get in touch, as are other researchers, worker and/or animal advocates, policy makers, members of the media, and any other interested people. 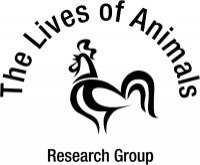 Under the direction of Dr. Alice Hovorka, the objective of the (SSHRC-funded) Lives of Animals Research Group is to explore the complex encounters between humans and animals within broader political, economic, social, cultural, spatial, environmental, and ethical contexts. The project embraces interdisciplinary and action-oriented research to inform scholarly and policy realms, and to enhance the lives of animals, and humans, as a result. 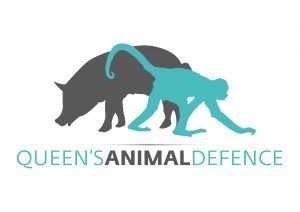 Queen’s Animal Defence (QAD) is an advocacy group committed to social justice for all animals, starting in our own backyard with the animals on Queen’s Campus. QAD’s current campaigns advocate on behalf of the animals used for research and education at Queen’s; and on promoting interspecies ethics and sustainability as the foundation for university food policies.