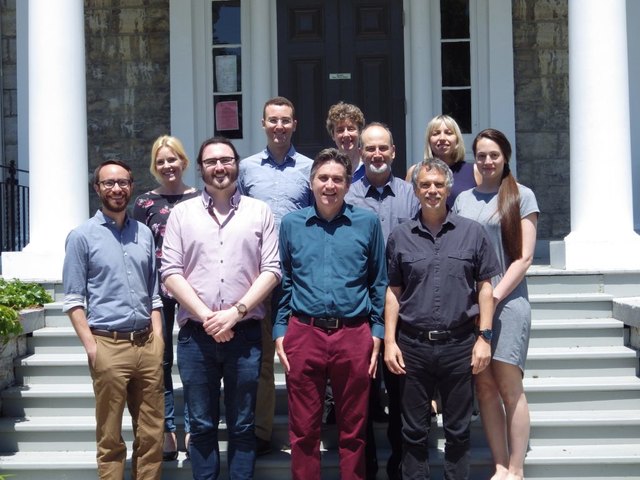 Speakers at “Veganism and Beyond”.

On Saturday June 10, 2017, APPLE is hosting a conference on animal ethics and food ethics. Animal ethicists have always had a lot to say about food, but to date it has largely focused on a single issue: namely, whether it is unethical to raise and kill animals for food, and if so, whether there is an ethical imperative to adopt a vegan diet. This is clearly of fundamental importance, since most humans’ primary contact with animals is through eating them, and animal agriculture is responsible for the death and suffering of tens of billions of sentient animals every year. However, we believe that animal ethicists cannot and should not limit their engagement with food to “merely” the question of veganism. How a society feeds itself has profound implications for a wide range of social and political values, and veganism by itself does not ensure that a society’s foodways are consistent with justice for either humans or animals. Vegan food products can be produced in ways that are environmentally unsustainable, exploitative of humans, unsafe, or (indirectly) harmful to animals. The issue of veganism within animal ethics therefore needs to be situated within a larger framework of food ethics and food politics, beyond condemning the eating of animal “products” and animal agriculture. Fortunately, academic and popular interest in food has exploded, and there are now many monographs, collections and even journals devoted to “food ethics”, “food justice” and the “philosophy of food”. We believe that there is enormous promise in bringing animal ethics and food ethics together.

There is no conference fee and all are welcome, but space is limited, so if you would like to attend, or have any questions, please contact the workshop co-organizers: Josh Milburn (jmilburn02@qub.ac.uk) and/or Will Kymlicka (kymlicka@queensu.ca).